As the weeks went past the stomping carried on like it was a ritual , I'd pull up , he'd confirm his presence with stomping and I'd deliver the fruit . It was funny , there was an understanding from each other . He knew , I knew , we both knew what was happening . He was making friends with a human and I was making friends with a living hominoid . The stomping was happening on a regular basis and I was able to catch it on a video pen and audio recorder .

One morning I hopped out of the car and was greeted with stomping from multiple directions . It was a communication between at least two if not three yowies . I was feeding a family . The stomping wasn't just for me , it was for others in the area as well . I think they wanted more fruit and there may have been silent members hiding behind the bushes .

After months of regular delivery's of fruit I thought I'd leave a plastic container with some nuts in it . I thought I might be able to collect fingerprints + they'd get a little treat , a win-win situation . It worked , I collected a number of fingerprints that clearly weren't human . They were pointy and had nodules instead of dermal ridges like our own finger prints . They also matched the nodules from the footprints . 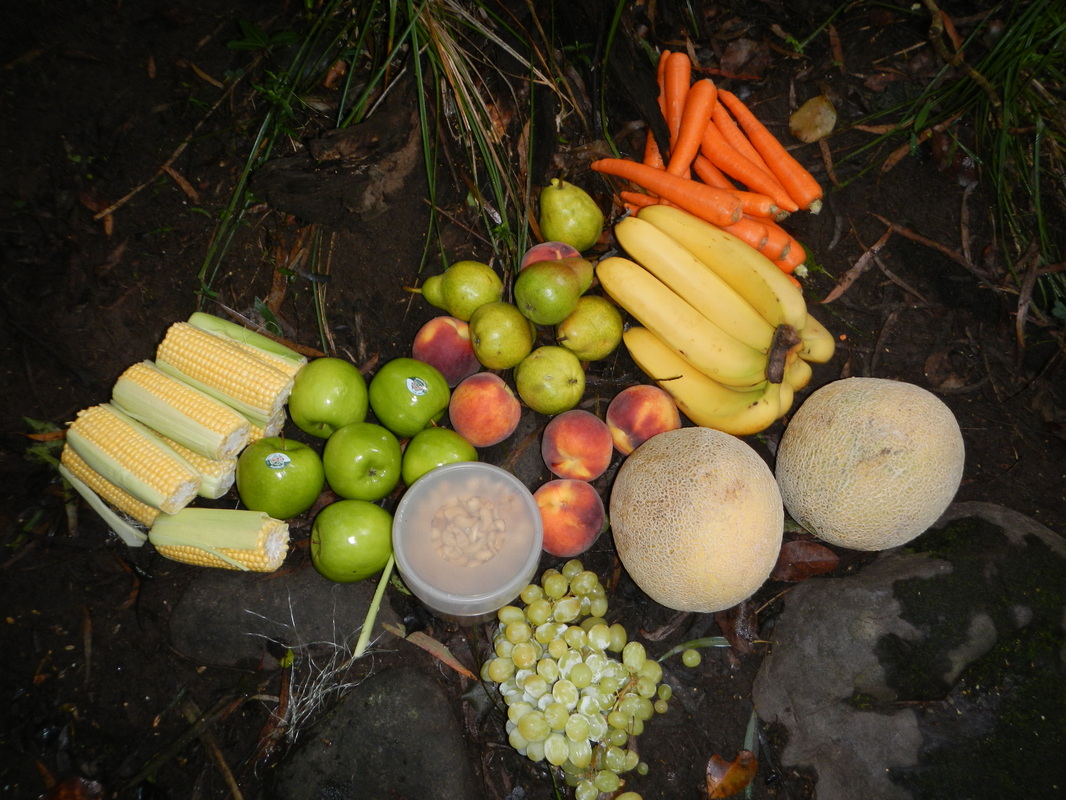 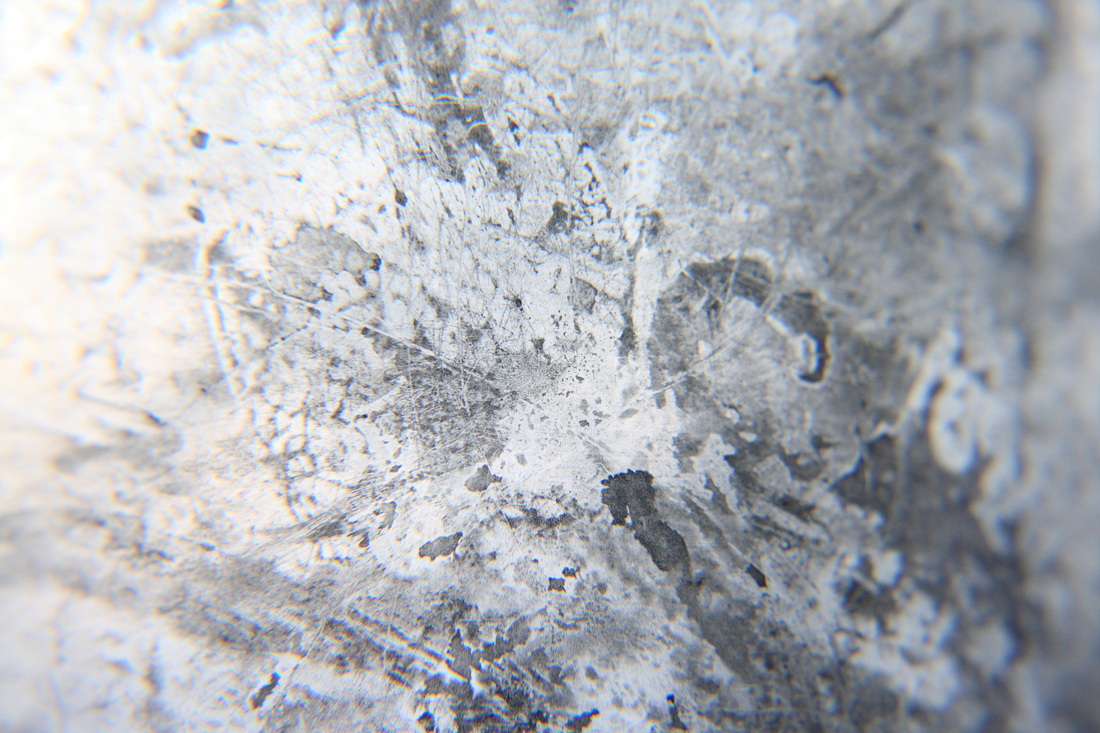 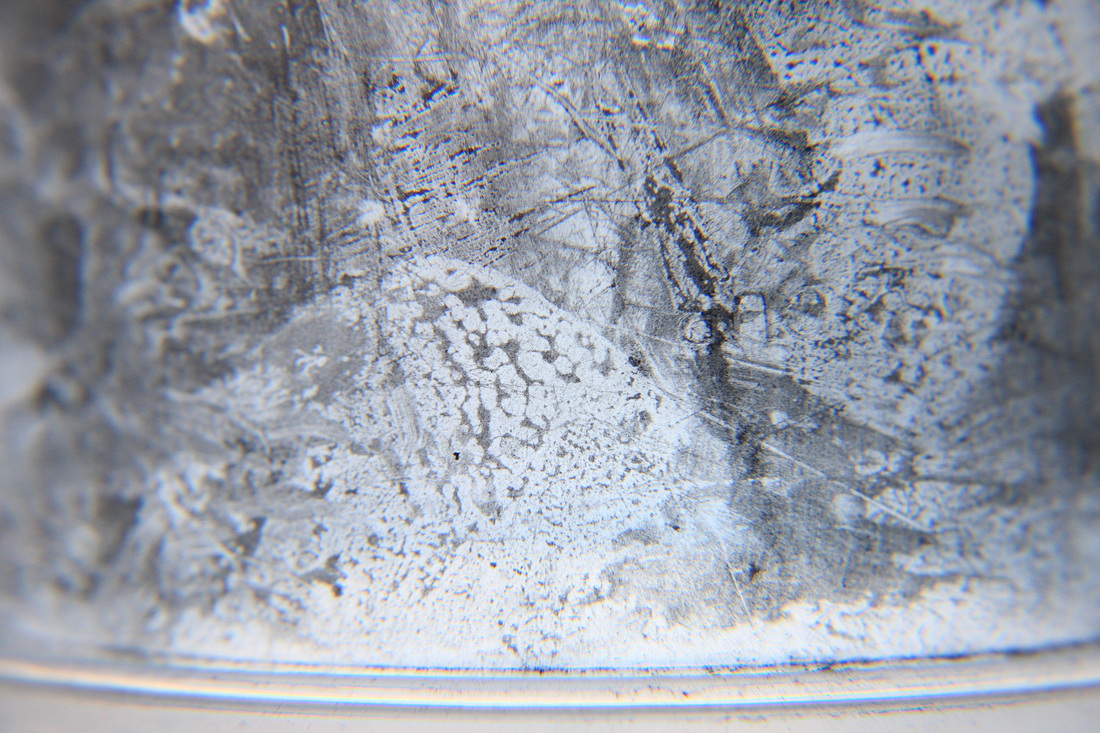 I wondered what other believable Information I could collect from this relationship without ruining it , he obviously trusted me to some extent . If he was leaving footprints behind , what else was he leaving behind ?

I began searching the internet for information about yowie or bigfoot hair . I found a guy in Ohio who claimed to have found bigfoot hair . He'd collect a bag of leaves off the ground in a suspected area then sifted through the bag and found his hair samples . I bought a microscope and a C.S.I.R.O. hair identification program and collected my first bag of leaves from the feeding area .

Sure enough , I found 4 hair samples in that bag that didn't match anything on the hair identification program . This was it , biological evidence ! This would prove that I'd found a living hominoid and that these creatures existed . All I needed was to confirm the hair samples . 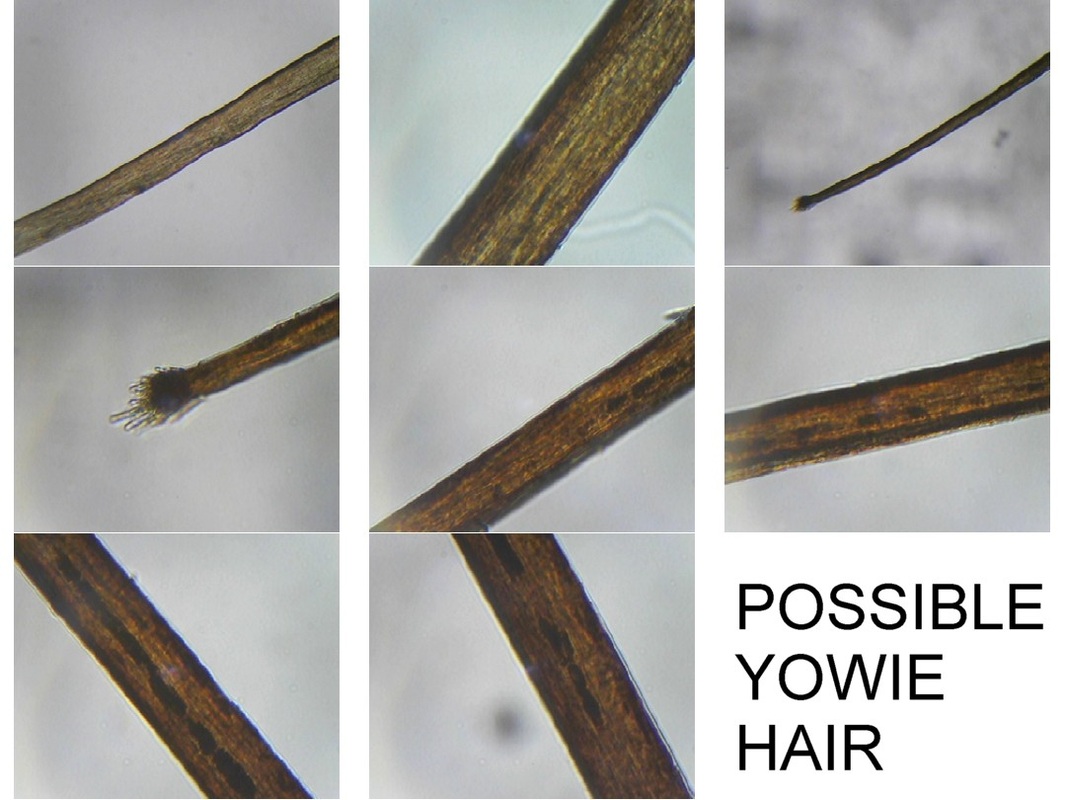 What happened ? The program said they were unidentified . I sent the pictures to a hair identification expert and was informed that the hair samples were "probably wombat" . I gave a friend 1 hair sample . He sent it to a lab and the conclusion was that the hair sample was human . What was going on ? Did the experts make a mistake ? Did I make a mistake ? Everything pointed to a yowie , but why wasn't the evidence being confirmed , and how could there be so much difference between the experts conclusions ?

It was at this stage that I had my first inkling of how difficult things would be to prove the existence of my new friends . It became clear , this was bigger than myself and my friendship . I had to find the evidence that would prove this was all true , after all , thousands of people in Australia's history had been ridiculed for talking about what they saw . I couldn't stab my friends in the back for selfish reasons , reluctantly I weaned them off the fruit and said goodbye . There were much more important things to do .