The above audio file is what I believe to be one of the creatures tampering with the battery box and camera housing from behind the trap . 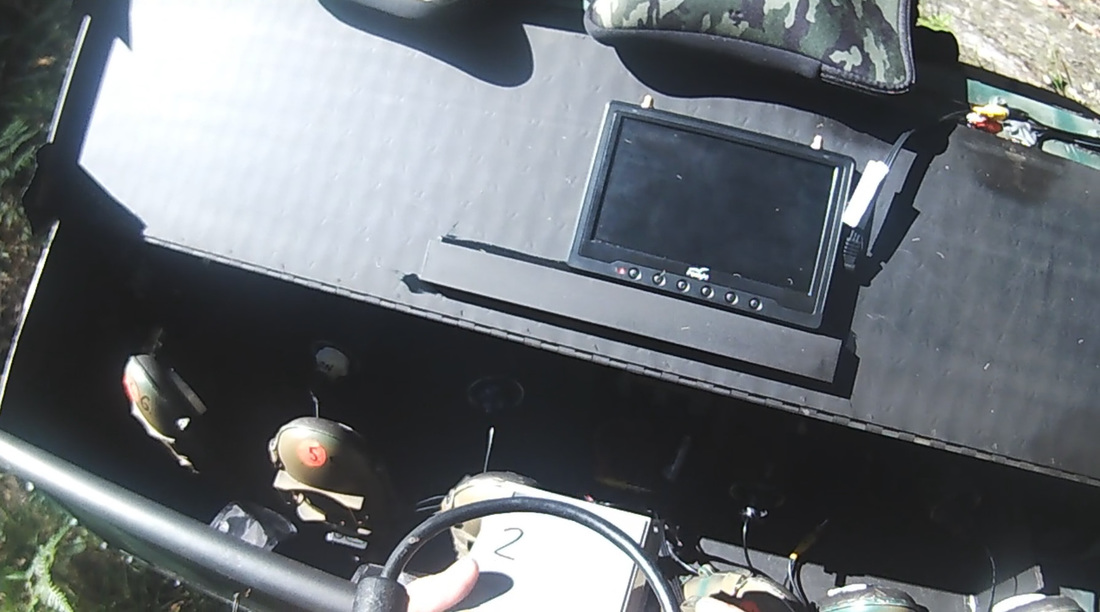 I built a box with 6 telescopic timelapse cameras and 4 telescopic CCTV cameras facing backwards . Although it was heavy it had everything I needed although I got the feeling it may have been too intimidating . During the second deployment of the new box the telescopic timelapse cameras collected a feral cat but the CCTV camera facing the same direction did not . This was a major problem . The digital video recorders weren't sensitive enough to catch slow moving targets . The problem was , increasing the sensitivity also increased the amount of files that would be collected thereby reducing disc space which was limited to 32 gigabytes each dvr . I needed a new digital video recorder that could record each camera continuously for the entire week . This also meant that I would need more 12 volt batteries to power the new DVR . 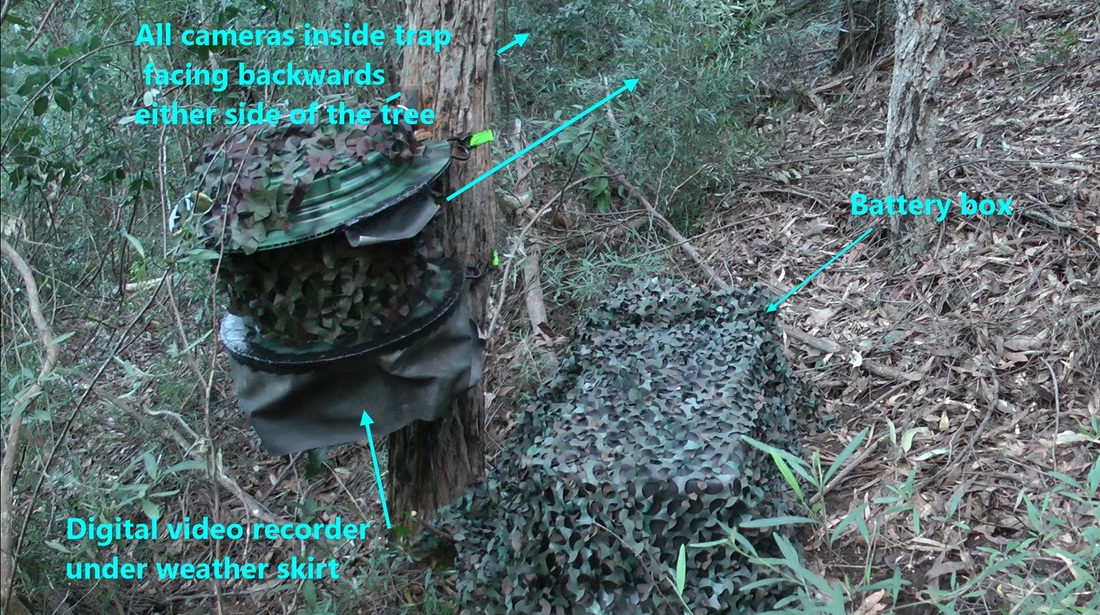 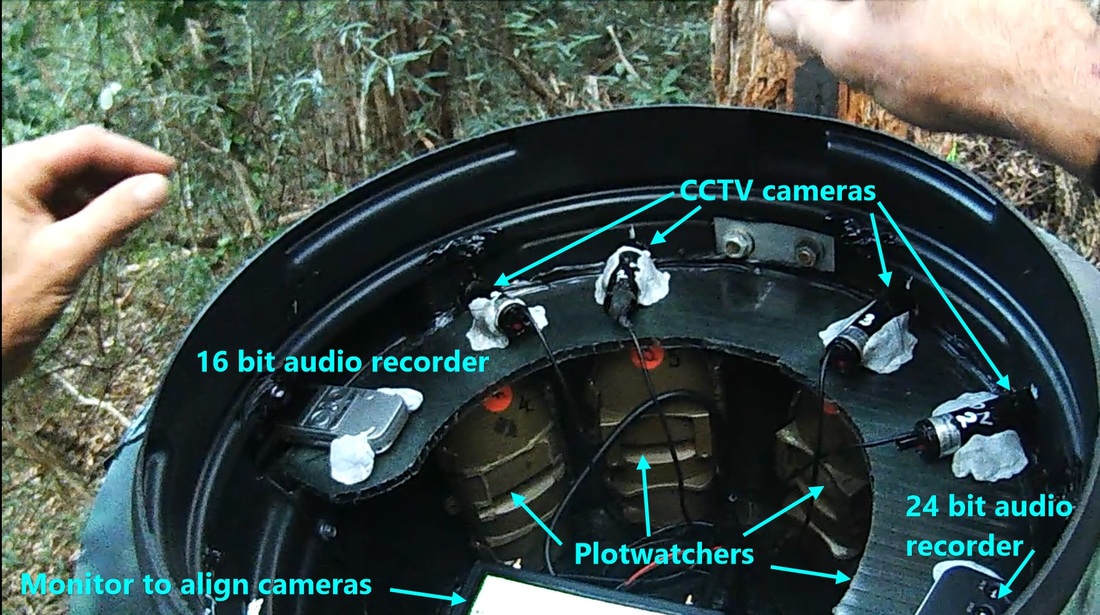 I was worried that the new camera box was too intimidating to approach so I also made a new camera housing out of a garbage bin . All 4 CCTV cameras would now face backwards to cover the entire background . The trap would also contain 4 standard time lapse cameras to also catch the background but only used to check what might be on the video cameras . The audio recorders collected the entire week , the timelapse cameras collected the entire week , so now the CCTV cameras had to do the same thing .
If the new system worked then we should see the vague peeking figures that the time lapse cameras were catching but would the new system work ? Again I had to wait .

The above trap didn't work . The video resolution wasn't good enough . I had to build another trap . 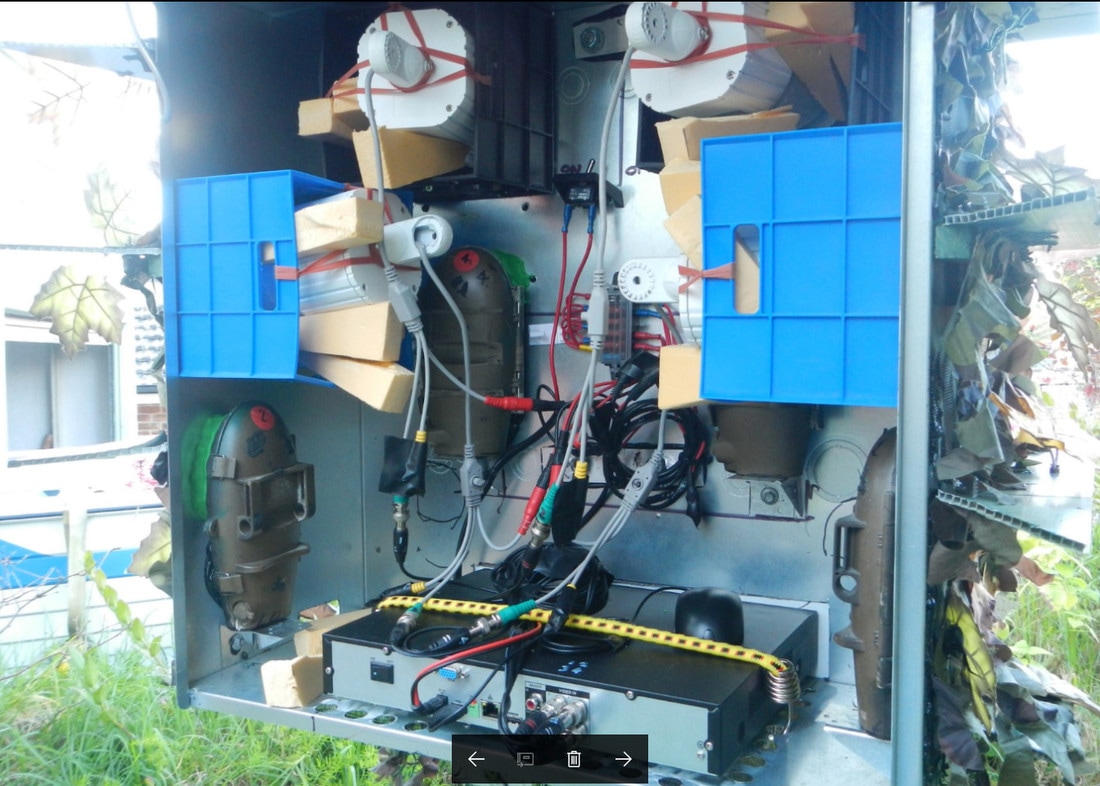 The new trap above , made from a metre box was now full HD cctv with cameras looking backwards and to each side but it didn't work either . I wasn't covering the entire surrounds . I had to build another trap . 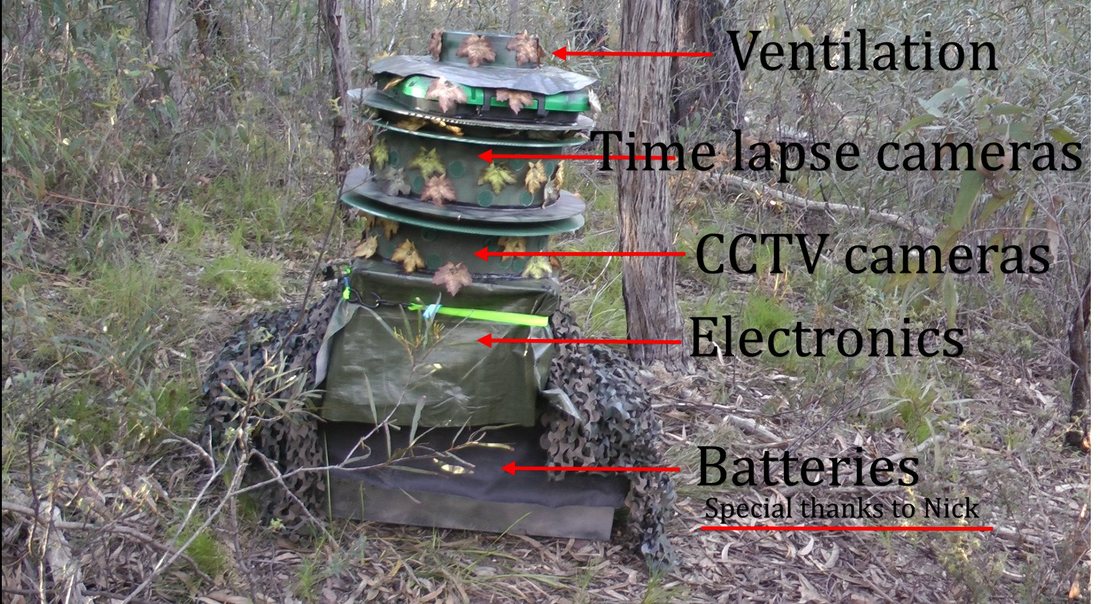 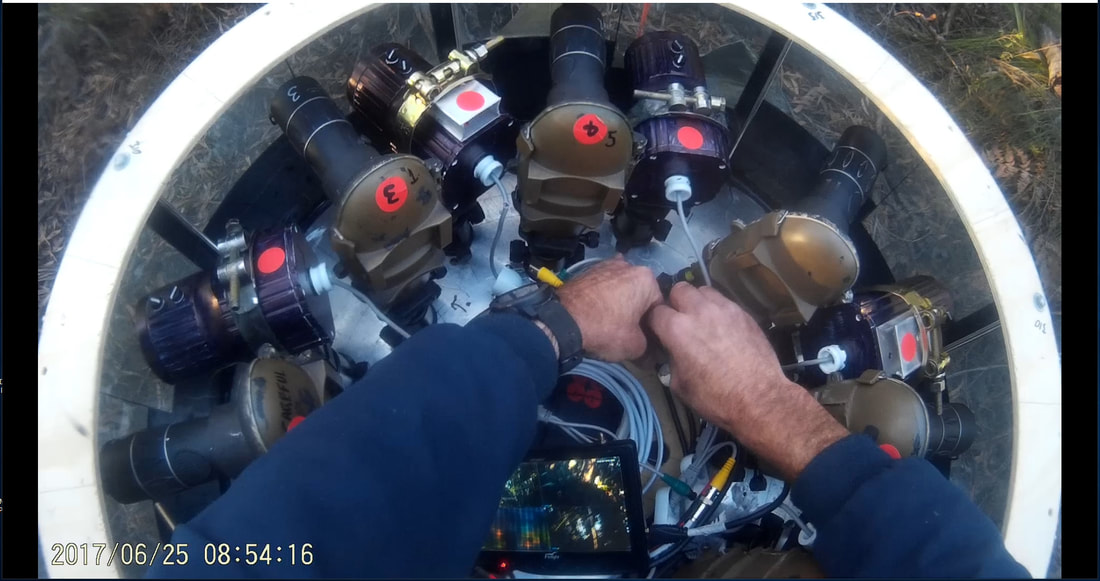 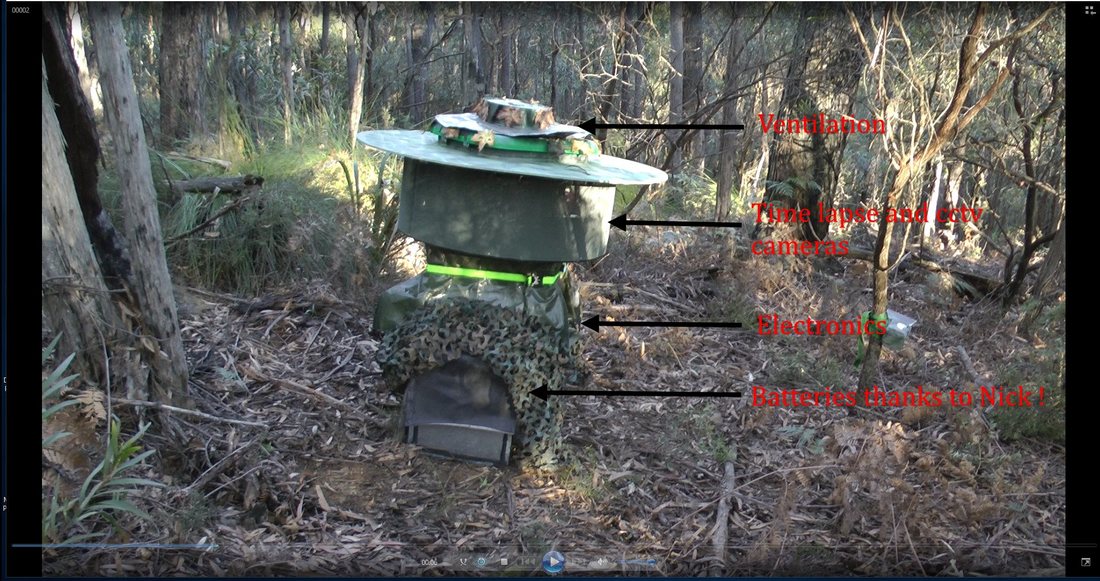 After the above trap was deployed on the second occasion it produced an unknown result . This trap has the most potential to catch the creatures peeking . Persistence was now needed to produce the desired result . Only time would tell . 5.8.2017
My most recent high definition 360 degree CCTV trap was probably the one with the most chance to catch something . It was also the heaviest and most awkward to move . Ultimately it was self defeating , the batteries alone weighed more than 100 kilos .
If I could have persisted longer there may have been a better result but after persisting for 8-9 years it was pretty obvious that catching these creatures on video in a planned fashion was almost impossible . To continue I'd have to quit my job and get funding and assistance from others and that won't happen .
It was time to wrap things up but there were still questions I had and places I wanted to collect audio . I have also purchased new bioacoustic audio recorders with double the clarity of the old audio recorders . Collecting better quality calls and vocalisations was was now an option .