I began looking in other areas . I had two trail cameras and a time lapse camera + my audio recorder . I figured out that leaving the audio recorder by itself and away from the cameras was a good thing . I was able to collect convincing recordings but no video or pictures . I also figured out that staying in the one place was a bad thing , they'd get bored with the gear and just avoid it .

But why wasnt I getting anything on the trail cameras ? I thought about this for months and concluded that the trail cameras had eye's . The lenses looked like eye's , this seemed to be a good explanation . They were smart enough to understand that the trail cameras were watching . This also meant that they must have been coming in from the side or something and getting a peek of the cameras and the lenses without being detected . This theory was later confirmed for me in a book called "Field and laboratory methods in primatology" . The book says "use binoculars and cameras with care , as pointing a big "eye" at primates can make them uneasy" .

After about a year of aimlessly wandering around different parts of the area I collected something on the timelapse camera . It was black and a long way in the distance but looked like something crawling on the ground then standing up . It was difficult to tell what it was . Maybe this was them . Months later I collected something on the timelapse camera again . It was black , appeared behind the bushes for 15 seconds , looked like it may be head and shoulders and then disappeared . Maybe this was them , I wasnt sure . A month or so later I collected another piece off the timelapse camera that looked a whole lot more convincing . A black figure in the distance . It looked like head and shoulders and there was also what appeared to be head movements . It seemed to be peeking at my camera . I was now sure that this was them , but how could I make this happen on a regular basis ?

I stopped everything I was doing and saved for extra timelapse cameras . The trail cameras werent sensitive enough to pick up on the distant movements . I'd make myself a 360 degree timelapse system . Months later I went back to the forest and tested my theory . 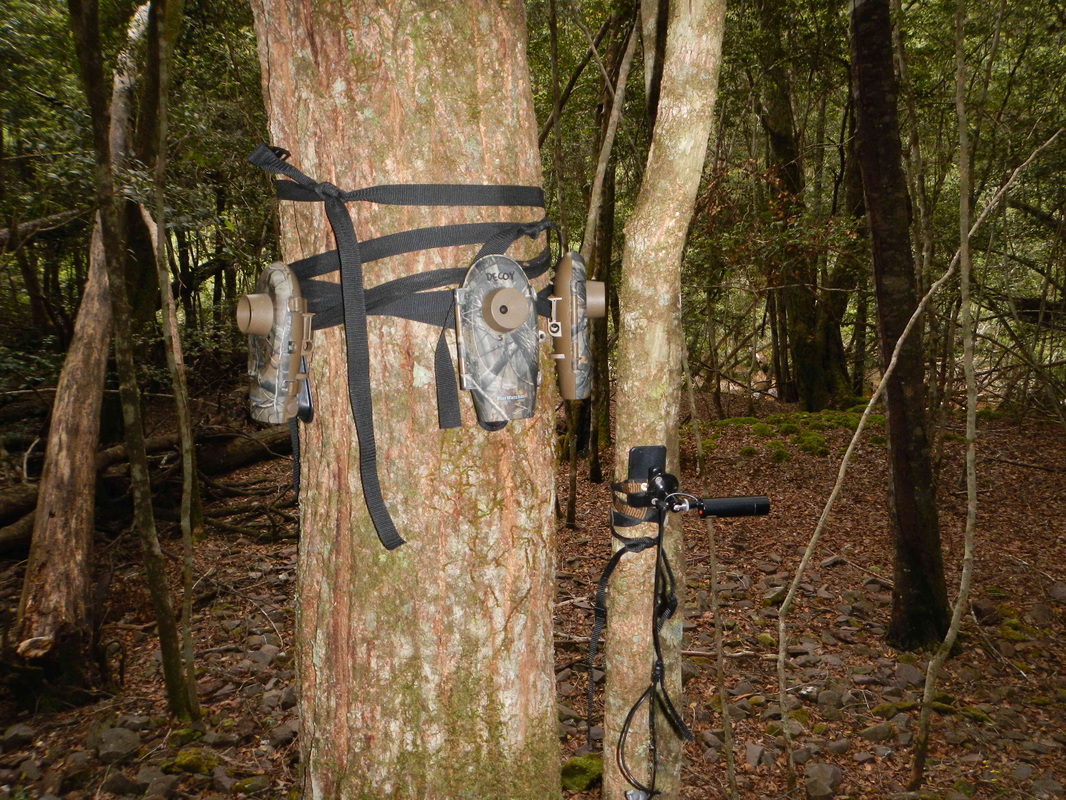 It took me three weeks to get a result but the theory was confirmed for me . I'd caught a distant figure hiding behind the bushes . At one point it raises its head for a better view at my cameras . There were no noticable ears , the figure looked unmistakably like head and shoulders and there was no doubt for me that this was them . I went back to this area and found small human like footprints at the location and determined that the figure was about 3 feet tall . This was a Junjudee , the smallest of the creatures .