I began collecting these peeking figures on a regular basis . Not all were clear , but clear enough to show something hiding . The majority looked like the tops of heads , most were black with no noticeable ears . The pictures were convincing enough to friends who knew about the creatures but how could I get better pictures ? These pictures would not convince the public . How could I magnify the cameras field of view ?

I thought about it for months . I had lenses lying around the house everywhere but nothing worked . I tried magnifying glasses but they didn't work either . Then I saw my binoculars . I set up a tripod and time lapse camera . I placed the binoculars against the time lapse camera lens and BINGO !

It worked ! The timelapse cameras could be modified into telescopic timelapse cameras . I found an old pair of binoculars , cut them in half , made a mounting frame and glued the timelapse camera into place . I took it into the forest and set up my trap . I now understood that positioning my gear in a particular way would make them move into the position that I wanted them to . I had to restrict where the cameras could be seen from , this way I could control what was happening . Sure enough it worked the first time . I had collected 3 pictures in a sequence showing an unidentified figure peeking from behind a tree . 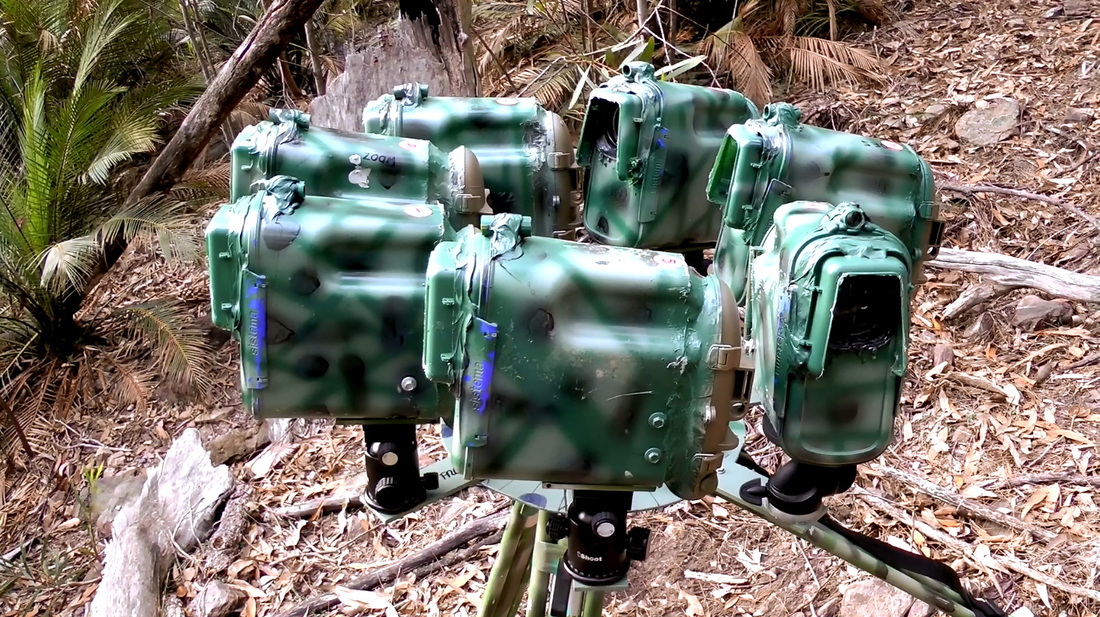 After about a year I had collected a number off clear figures and a face that I couldnt identify .

One weekend I collected my gear and analysed the information . On the second day of the footage it rained , the tripod which held my gear slowly sunk into the ground on one side . This changed where the cameras were looking . I looked through the footage anyway and to my complete surprise a figured appeared in one of the sequences . It was very windy and the tree's were moving in all directions but there was a figure there in the bottom left hand corner . I had collected multpile pictures of something that was clearly unknown to me or anyone else . I showed a guy off the street who knew nothing of these creatures . I asked him what he saw . He said " it looks like it has a bears head " . It certainly did have a bears head and large ears on the side of its head which no Australian animal has . In another photo the creature has his back to the camera , it looks just like an ape , this truely was an unknown creature . If it didnt rain , I would have missed these photo's .

During this entire time I had support from friends at Australian Yowie Research , private friends and individuals helping me with information and identification of audio and also my subscribers from Youtube who have been a great encouragement and I thank everyone for their support .

After lugging around extremely heavy gear month after month , I gave in to exhaustion , I needed to find another way to make the time lapse cameras telescopic and I now needed convincing video .


I took another break and I purchased five high definition trail cameras and figured out a way to make the timelapse cameras telescopic without all the weight . I fixed my portable cctv camera to a telescope and now awaited the results . 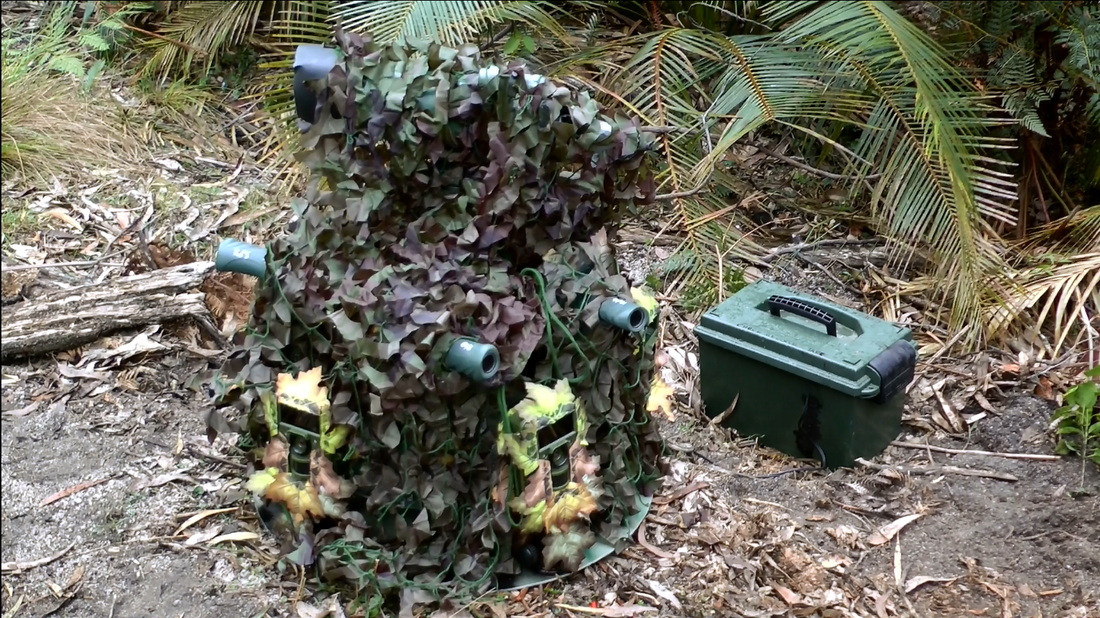